On July 14, 2021, the German Federal Ministry of Finance released a new transfer pricing circular ("VWG-VP") which focuses on the material aspects in a transfer pricing analysis. The circular intends to give clear guidance with respect to the adjustment of income between related parties with cross-border activities according to Sec. 1 of the German Foreign Tax Code (Sec. 1 FTC) under consideration of the arm's length principle. Together with the new transfer pricing circular published on December 3, 2020 ("VWG 2020") with focus on procedural law aspects in a transfer pricing analysis, and further changes in tax law due to the implementation of the AbzStEntMod on June 2, 2021 and the ATADUmsG on June 25, 2021, the current circular "VWG VP" marks an important revision in Sec. 1 FTC since the introduction of the German Foreign Transaction Tax Act in 1972.

The circular "VWG-VP" aims to align with the 2017 OECD Transfer Pricing Guidelines, which reflect the outcome of the OECD BEPS-project. In particular, the objective of the new circular "VWG-VP" in alignment with the 2017 OECD Transfer Pricing Guidelines is to obtain a worldwide consistent cross-border implementation of the arm's length principle, which is generally seen as an instrument to avoid double taxation as well as double-non taxation. In this context, Germany's Federal Ministry of Finance stresses that it will base its assumptions on the 2017 OECD Transfer Pricing Guidelines in all cases. Hence, it will not differentiate between OECD-member and non-OECD-member countries. Further, it will not be of relevance whether there is a double-taxation treaty applicable between countries or not. The new circular "VWG-VP" states that its guidelines on the arm's length principle will be applicable to local German tax rules and will also have to be followed for the interpretation of the respective double taxation treaties. Nonetheless, it has to be mentioned that the new circular "VWG-VP", as all circulars issued by the German Federal Ministry of Finance, is not binding for the taxpayer, but only within the fiscal authority.

The new circular contains six chapters. Chapter I describes general principles that have to be applied in order to determine if taxable income was appropriately appointed under the arm's length principle. In this context the new circular "VWG-VP" clarifies that Sec. 1 FTC is invariably applicable next to the other regulations in the German Fiscal Code (i.e. § 4 Abs. 1 Satz 8 ITA (Income Tax Act) resp. § 4 Abs. 1 Satz 2 ff. ITA for sole proprietors and partnerships; § 8 Abs. 3 Satz 2 CTA (Corporate Tax Act) resp. § 8 Abs. 3 Satz 3 ff. CTA for corporations). Furthermore, in chapter I the term "related party" is defined as well as the term "business relation".

Chapter III includes detailed guidance in respect to the arm's length principle and therefore addresses material issues in order to determine how the arm's length principle is to be applied. It addresses transfer pricing methods and valuation techniques, gives further guidance with regard to the comparability analysis and with regard to procedural aspects in order to avoid and settle transfer pricing conflicts as well as regarding the documentation of the transfer pricing analysis. It further addresses aspects in respect to intangible assets as well as the DEMPE-functions and the delivery of goods, services and financial transactions.

Chapter IV contains further general guidance in respect to the treatment of compensation payments as well as to corresponding adjustments.

In chapter VI it is also stated that the new transfer pricing circular VWG-VP is applicable to all open cases, i.e. in the case of on-going tax audits.

Summary of the new "VWG-VP" 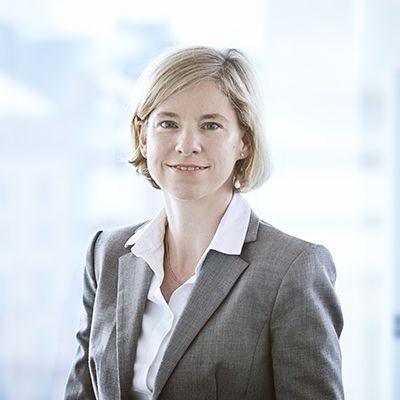